Last month, in an appearance on the Daily podcast, I warned against assuming that the pandemic was over. The Delta variant was poised to potentially sweep across the United States. It might create a surge that might even require that the country return to masking and other measures to slow it down.

I sensed that the Daily host Michael Barbaro did not welcome the news. And I could sympathize. After months of mass vaccination and crashing cases, it was easy to believe that the coronavirus was now behind us. But by early July, there was plenty of evidence that the Delta variant might well push back those gains. It bore mutations allowing it to multiply quickly inside a host and then swiftly spread to new victims. It had already overwhelmed countries like India and the United Kingdom. Vaccines work well against Delta–especially against hospitalization from Covid-19–but only after both doses. Only about half of Americans are fully vaccinated, leaving the rest easy targets for the variant.

I would have liked to have been wrong. But now, a month later, we are in the middle of a new wave. Hospitalizations are climbing fast across the southeast, with Florida shattering its record day after day for over a week now. The vast majority of people filling hospitals are unvaccinated–a group that includes an alarming number of children.

Yesterday alone, six hundred and sixteen people died of Covid-19 in the United States. With hospitalizations climbing, the daily deaths will continue to climb for days to come. If we’re lucky, Delta may abruptly spike and fall, as it has in other countries. Or it may keep cutting lives short and leave thousands of more families devastated with grief. I certainly won’t try to forecast its precise path. But it’s clear that Delta demands that the United States renew its fight against the coronavirus even if we’d much prefer to believe that the fight is done.

This past month I also wrote about some other aspects of the pandemic. A team of scientists published a lengthy review of evidence about the origin of the coronavirus, concluding that a natural spillover was much more likely than an origin in a lab. Genetic sequences from early coronaviruses are invaluable to addressing this question, which led to the discovery that some sequences mysteriously disappeared from the Internet last year. Last month, they reappeared.

As the months roll by, evidence is starting to emerge on the durability of vaccines from Moderna and Pfizer-BioNTech, guiding decisions about boosters to sustain their protection. Meanwhile, a promising protein-based vaccine from Novavax continues to perform well in trials. But the company is struggling to scale up its production and has had to put off its authorization plans for months.

I also managed to find some time to write about an entirely non-pandemic piece of science news. At long last, scientists have managed to sequence a complete human genome. Until now, their best efforts have been marred by huge gaps and thousands of errors. As I said in my recent interview on This Week in Evolution, this achievement will enable researchers to tackle some of the enduring mysteries about our genomes, such as why so much of it is made up of parasitic stretches of DNA.

Finally, I’m looking forward to appearing virtually at the Royal Institution later this month on August 26 to tackle the question, “Are Viruses Alive?” It’s part of the publicity in the United Kingdom for the publication of the British edition ofLife’s Edge. The cover is serpentinely delightful. 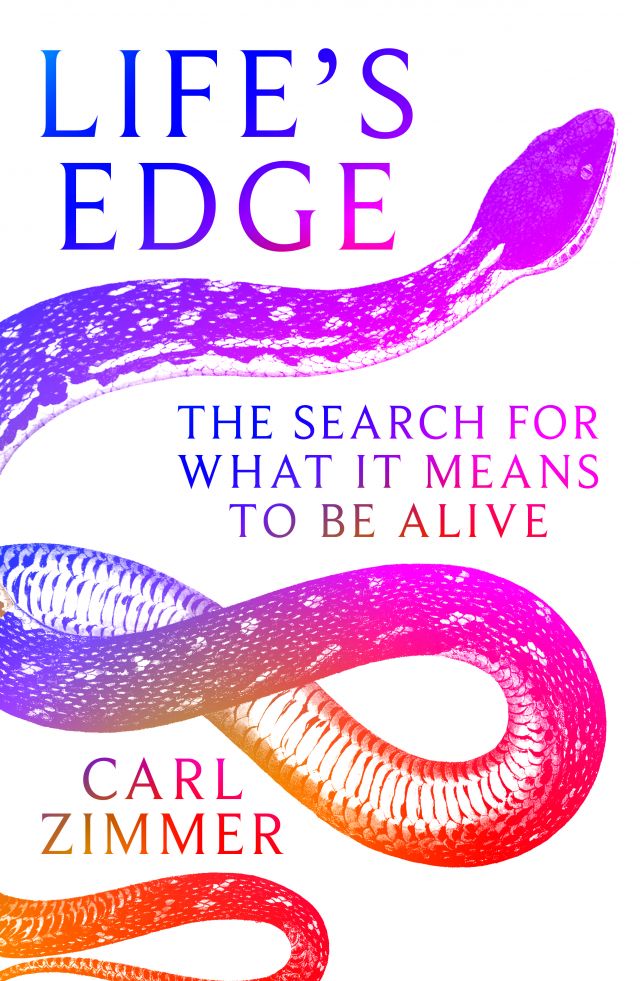 My latest book is Life’s Edge: Searching for What It Means to Be Alive. You can find information and ordering links for my thirteen other books here. You can also follow me on Twitter, Facebook, Goodreads, and LinkedIn. If someone forwarded this email to you, you can subscribe to it here.