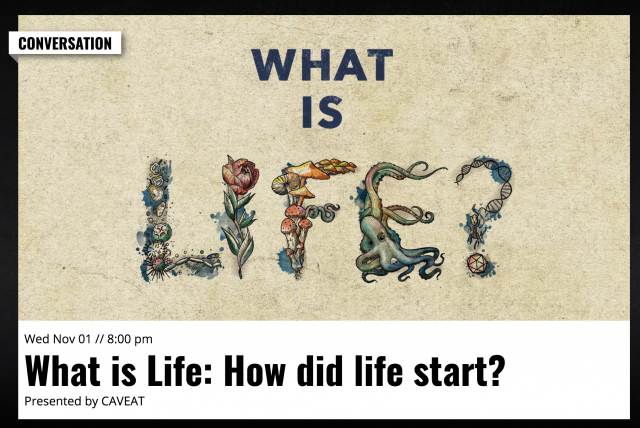 I’m excited to let you know about a series of live events I’ll be presenting this fall in New York.

It’s called, simply, “What is Life?” I’ll be talking on stage, one-on-one, with scientists and philosophers about this fundamental question. We’re going to explore the latest insights science has provided us about how life began, how to find it on other planets, and how to think about it.

The events will take place at Caveat, a new Manhattan science-focused venue (complete with food and drink). The first one will be on September 6 at 8 pm. I’ll speak first to Carlos Mariscal, a philosopher from the University of Nevada, and then to Sara Imari Walker, a physicist at Arizona State University. END_OF_DOCUMENT_TOKEN_TO_BE_REPLACED

After a long stretch of quiet here on the Loom, I wanted to let you know what I’ve been up to, and what I’m going to be up to over the next couple years. I’ve got some new projects afoot.

END_OF_DOCUMENT_TOKEN_TO_BE_REPLACED

Fibrodysplasia ossificans progressiva is an incredibly rare disease, striking just one out of every two million people. It’s also an incredibly astonishing disease. A single mutation to a single gene causes muscles to spontaneously turn into new bones. Over time, people with fibrodysplasia ossificans progressiva (FOP for short) grow a second skeleton–one that can cut their lives short.

I wrote about FOP in “The Girl Who Turned to Bone” in the Atlantic in 2013. At the time, FOP served as a microcosm for the struggles of people with rare diseases. (In the United States, almost 30 million people have rare diseases of one kind or another.) END_OF_DOCUMENT_TOKEN_TO_BE_REPLACED

The good folks of Radiolab and I sat down to talk about the past and future of everyone’s favorite gene-editing tool, CRISPR. Listen here! 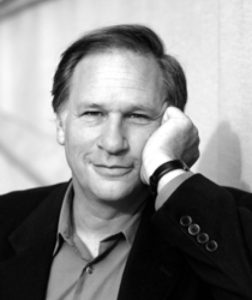 Robert Krulwich is a host of the show Radiolab, but he’s also a blogger, having written many posts over the years for National Public Radio. I’m delighted to welcome Robert to Phenomena, which is host to his new blog, “Curiously Krulwich.”

(Full disclosure: I’ve known Robert for a long time. We first met to hunt for autumn leaves in my neighborhood. And we’ve carried on a long-running conversation on a variety of topics such as whether parasites are terrible or awesome. Spoiler alert: they are awesome.)

To celebrate Robert’s arrival, I asked him a few questions about his blogging experiences: END_OF_DOCUMENT_TOKEN_TO_BE_REPLACED

Carl Zimmer has been writing about science since 1990. Here you can read articles he's written for The New York Times, National Geographic, and other publications. In 2004, Zimmer launched "The Loom," a blog about science that has been hosted over the years by Discover and National Geographic. You can read these posts here. Zimmer also writes an email newsletter called "Friday's Elk." You can read past issues here, and can subscribe to receive new ones here. If you are searching for a particular topic, you can use the search bar below.